The last eighteen months have been challenging – to say the least – for everyone worldwide, and certainly from a personal perspective my publishing plans were thrown into confusion. To tell a long story short, after many years of deteriorating health I finally lucked on a good specialist who sent me for a test that discovered I had an extremely rare condition called Whipple’s disease. You can Google it for all the nasty details if you wish, but basically it’s a bacterium that nests in your body and sets about destroying all the organs unless it’s found early enough to be stopped with antibiotics. They only just got to mine in time; it was touch and go there for a while.

Anyway, my last several sets of blood tests have proved nothing short of miraculous, and I believe the results have even been used to devise a blood test regime that detects Whipple’s disease. So if I haven’t managed to sell a lot of books, at least I’ve got one minor claim to fame 🙂

I want to thank all those who have supported me in getting my first three books in the legends of Animarl series into final format for publication. To all those who gave encouragement, editing advice, reviews and feedback, I cannot express how grateful I am in simple words!

The three books in the series are now available through a number of outlets in both digital and paperback formats. For those of you who still prefer hardcopy books, you can get a hold of them by ordering at any bookstore as they are available through Ingram’s distribution network. I am well advanced on a further two books due to be published next year. Book four is another entry in the Captain Wilder story that sets the scene for a return to the land of Dyall’s Ford in book five.  I don’t have a title yet for book four,  but I’ve tentatively called book five The Land Wakes Dreaming. More details soon.

Here is a short summary of the three books published so far:

I’ve been told this first book has elements of Harry Potter and Treasure Island, combined with ‘dragon transformation in a context of spiritual journeying.’ I would love to know what you think of that description. 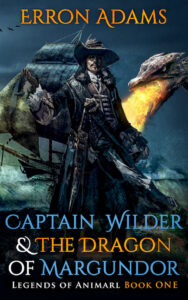 Book 3 of the Legends of Animarl: The Portal. Get it here: The Portal Stores 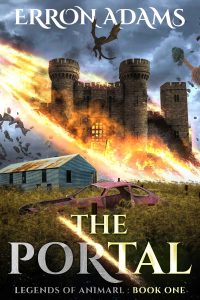 Until next time, stay safe and have a joyful life out there!

Legends of Animarl Book 1 – The Portal Released! Get your review copy FREE!